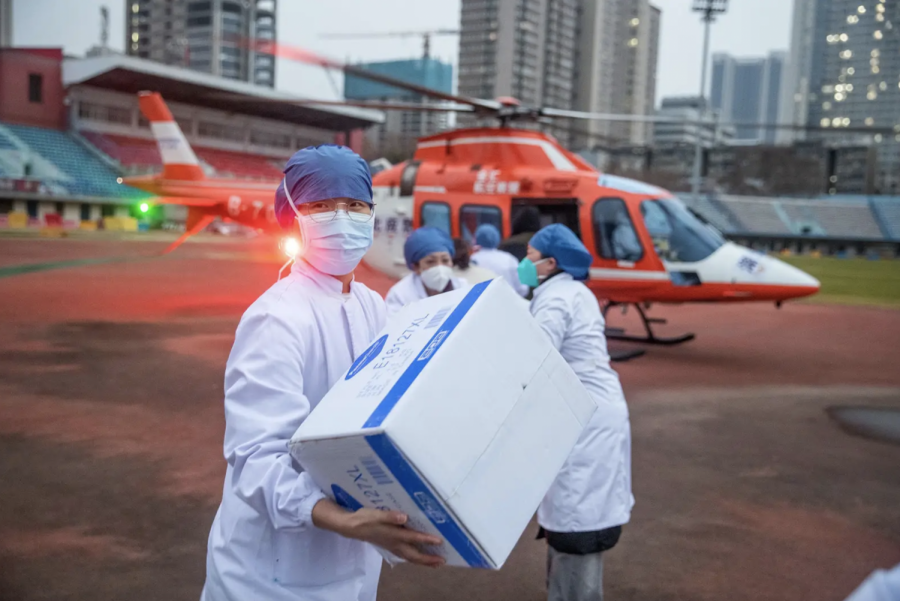 Simmons’ Asian Student Association (ASA) held a community discussion yesterday afternoon to talk about the current outbreak of coronavirus and the racist and xenophobic behavior it has fostered towards Asian people.

Josephine Tran-Vong, a third-year nursing student, led the discussion. She started her powerpoint with the question on everyone’s mind: What is the coronavirus?

The current coronavirus, or 2019-nCoV in medical terms, is a new strain of the larger coronavirus illness found in animals and humans. This strain is though to have originated in the Wuhan province of China, and is suspected to have been transferred animal-to-human in either seafood or wild game markets.

Currently, there are 28,379 confirmed cases of coronavirus worldwide, with 566 deaths according to Worldometer, a non-partisan website that gathers statistics globally. There are only 12 confirmed cases in the U.S., with no deaths.

Tran-Vong emphasized the fact that the state of one’s immune system has a lot to do with how they would fight coronavirus. Like any illness, those with weak or compromised immune systems like children, the elderly, or those with chronic illnesses are more at risk, and should seek medical attention immediately when feeling the symptoms of any disease.

Despite the devastating flu season the U.S. has experienced these past few months, the public eye has largely been focused on the coronavirus.

This sort of racialized hysteria around health crises is not new either– the 2014 iteration of the Ebola virus, which originated in West Africa, impacted West African people worldwide. In the U.S. in particular, there were visa restrictions enacted on people from West Africa and high surveillance on these communities. As The Guardian’s Hannah Giorgis put it in a 2014 article, “Ebola now functions in popular discourse as a not-so-subtle, almost completely rhetorical stand-in for any combination of ‘African-ness’, ‘blackness’, ‘foreign-ness’ and ‘infestation’ – a nebulous but powerful threat, poised to ruin the perceived purity of western borders and bodies.”

Tran-Vong also noted the impact memes have made on the coronavirus panic, and that often racist stereotypes about Asian people are perpetuated through these memes. while also making light of a public health emergency.

“Social media has a huge impact on how we deal with health emergencies, and the memes that have been made have taken it to another level,” Tran-Vong said. 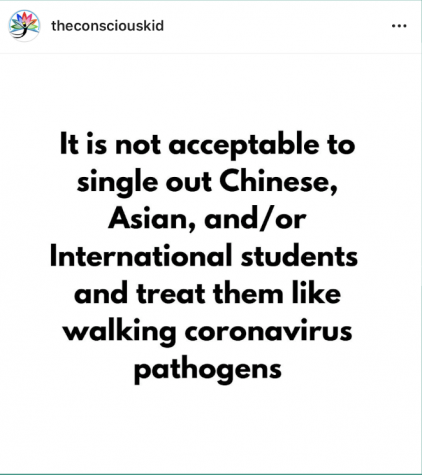 But this rise in racist and xenophobic behavior against Asian people doesn’t just stay on Twitter in the form of memes, Tran-Vong said. A Chinese man died in Sydney, Australia’s Chinatown after suffering a heart attack and a crowd of people refused CPR.

On the other hand, she commended the support and solidarity those who are affected have received from communities around them, and in particular mentioned how residents of Wuhan shout encouraging messages, from their windows to strengthen morale. One such message Tran-Vong mentioned was, “Wuhan, add oil!”– a Mandarin slang term for encouragement that comes from pushing the gas pedal harder in a car to gain more speed.

Perhaps the most important slide was the last one: What can we do?

The best way to stay healthy, Tran-Vong said, is to wash your hands, make sure you’re coughing or sneezing into your arm, and get your flu shot.

On the other side, a solid way to combat the spread of misinformation about coronavirus is to be thorough in vetting whether a news site is credible or not.

“Recognize what is real and fake news, be wary of where you get your information,” Tran-Vong said. “The reality is that the U.S. and China have beef, and a lot of the time the U.S. will make China look like the bad guy.”

She also emphasized the importance of holding those who perpetuate racist stereotypes of Asian people accountable through a method called “Name It, Claim It, Stop It,” which helps to confront racist or xenophobic ideology.

“It’s a lot to talk about with health outbreaks, and there’s a lot of history to unpack,” Tran-Vong said. “It’s a really important discussion to have. People need to stand in solidarity with those affected.”

“Xenophobia and racism are rooted in our history,” ASA historian and fourth-year nursing student Malena Rim said. “Being at Simmons, as a women’s-centered school, allows us to talk about this, but also being a minority in a primarily white institution, we need our allies. Like Josephine said, say it, name it, claim it.” 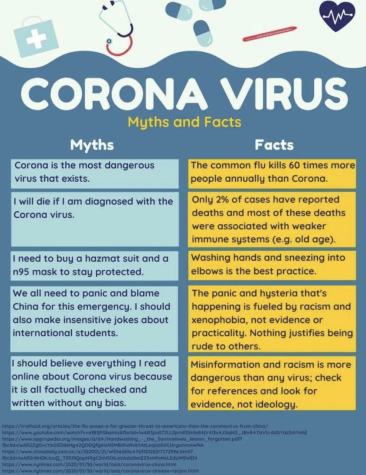