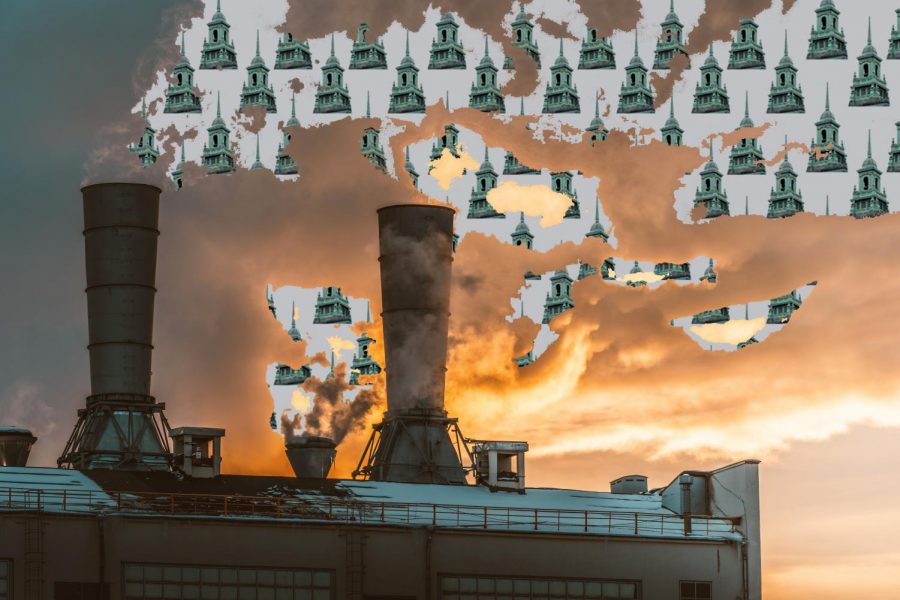 Jane Donohue, sophomore, led the workshop, which began with a recognition of the fact that the workshop was being held on the stolen land of the Neponset people.

Indigenous communities in the US have a long history of environmental activism, and Donohue stressed the importance of indigenous sovereignty when discussing climate change. Indigenous sovereignty means giving control of the land back to its Native populations, something which they currently don’t have, as exemplified by the Keystone Pipeline and the protests at Standing Rock.

Donohue emphasized the importance of Native sovereignty in conversations around not just fossil fuel, but climate justice as a whole.

“Climate justice has become a buzzword lately,” Donohue noted. “It’s not just about the environment, but about racial justice as well.”

Donohue presented a history of climate justice in the United States, starting with Dr. Robert Bullard, who is often referred to as the father of environmental justice. Bullard has a long career of researching the intersection of race and class with pollution and unequal protection from hazardous environments. Poor communities and countries and communities of color bear the brunt of the climate crisis across the globe, and climate justice is intrinsically connected to racial justice.

We also learned about the history of divestment itself, starting with Caroline Hunter and Ken Williams, who were chemists for Polaroid in 1970. Upon discovering that Polaroid was involved with the South African apartheid government, Hunter and Williams organized a boycott of Polaroid called the Polaroid Revolutionary Worker’s Movement. The boycott lasted seven years, but it worked: by 1977, Polaroid had completely pulled all business out of South Africa.

Divestment, as it’s understood now, is a tactic for climate justice based in collective action that seeks systematic change in regard to where institutions invest their money. While the Simmons investment profile is not currently available, meaning where Simmons specifically invests the endowment is not currently available, Donohue noted that many higher education institutions invest 5-10% of their endowment into fossil fuels. As of 2017, Simmons’s endowment totaled $175 million.

“If Simmons wasn’t investing in fossil fuel, I’m almost positive they’d be using it as a PR move,” Donohue said.

While taking personal steps to limit your environmental impact is important, Donohue touched on the fact that 71% of global emissions come from only 100 fossil fuel companies. This, in essence, is the drive behind divestment: using collective action for systematic change.

Donohue also noted that as they start their divestment campaign, they are in good company: Middlebury College, Stanford, even the country of Ireland have all participated in fossil fuel divestment. Professor Michael Berger, advisor of the Sustainability Club, brought up the recent arrest of Jane Fonda for her participation in climate change protests, and her long history of social activism work.

Professor Berger also expressed his appreciation for students who are doing activism work, noting that he feels that this generation is as socially invested as that of the sixties.

“I noticed that the new generation of students are really socially minded,” Professor Berger said.

The good news is worldwide divestment campaigns are making a huge difference. Peabody Energy, Shell, and the Organization of Petroleum Exporting Companies (OPEC) all report economic decline and cite divestment as a big reason. As of 2016, $5 trillion has been divested from fossil fuel.

“If fossil fuel is saying they feel threatened and scared, that is a good thing,” Donohue said.

For anyone interested in getting involved with divestment work or the Sustainability Club, the club meets on Tuesdays in MCB 311 at 6 p.m. If you can’t make that time but still want to get involved, they are looking for graphic designers, social media-savvy people, and financially literate folk who could help to write a proposal to the board to advocate for Simmons divesting. Email donohuej@simmons.edu with questions or for more information.