And Then There Was the Word: A Column about Our Language 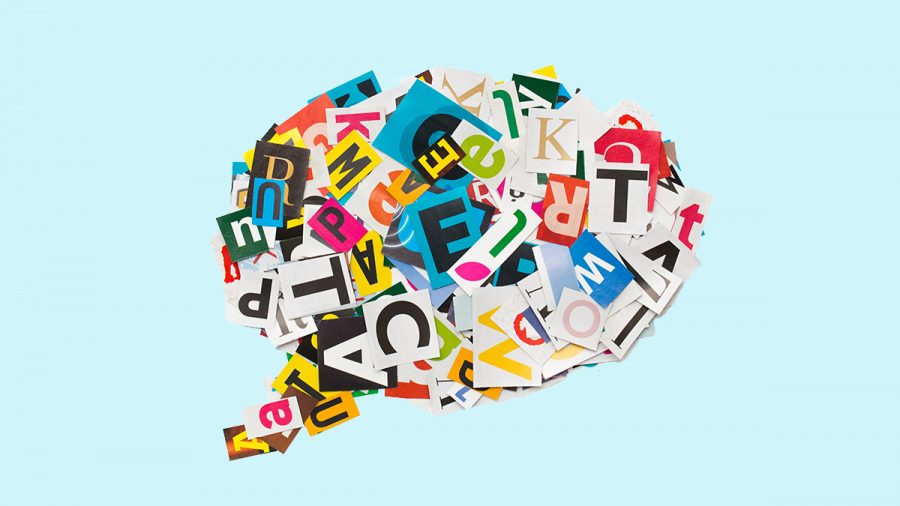 Interviewees cannot always come up with an instant answer to a question.  Even when the interviewer does not ask a question, but makes a statement and then stops speaking, letting the interviewees know that the floor is theirs, they may still not be able to begin speaking comfortably, with a cogent response—at least, not for a brief moment.  They need perhaps a second or two to gather their thoughts.

Sometimes this leads to a moment of silence, which can be awkward for both speakers.  To fill that tiny space, speakers come up with a grunt of one kind or another. The person about to speak might say “um” or “uh” or some other non-word—what some people call vocal void fillers.  To sound less grunt-like, speakers in English have come up with a few tactics to fill that gap. One old tactic is to use the word well.

Interviewer:  “Can you give me your assessment of the situation?”

The “well” is all that is needed to open the synapses and get the words to tumble out.

(Parenthetically, people in the deep South have an advantage over interviewees in other parts of the country, because their drawled well may take two seconds to get out.  In fact, that word could sound like two syllables by the time the rest of the sentence begins.)

(Another parenthesis: A somewhat similar way to use that word is in the middle of spoken—that is, informal—prose:  “Some people claim that marshmallows are delicious for everyone. Well, not for everyone, since most of them are made with gelatin and are therefore not good for vegetarians.”  That kind of well, akin to the Midwestern and Southern why, as in, “Why, I don’t care for him either,” is another vocal filler, setting up what is to come next.)

An added touch, to give the thinker an extra moment before becoming a speaker, is to say the name or title of the person spoken to.

(Another parenthetical:  I have been listening to old-time radio—broadcasts of shows from the 1930s, ’40s, and ’50s.  Naming the person spoken to was a common practice in those scripts [“Well, Mrs. Mallory, I want you to take aspirins daily”; “Thank you, Dr. Kildaire. I will be happy to take that medicine”], primarily because the listener at home could not see the speakers, so it was a convenience to say the name of the person spoken to to let the audience know who was speaking and whom that person was speaking to.  This kind of naming has nothing to do with the “I-just-need-a-second-to-think” kind.)

The well version of gaining time to think has been around for perhaps a hundred years or so.  But it is in the process of being supplanted by a new method: use of the word so.  I have heard this increasingly over the last year or two, spoken by our most professional broadcast journalists and the people they interview.  “So, Senator Fuddlehead, how do you vote on the issue?” “So, I have given this a lot of thought.” “So can you tell us how you will vote?” “So, I will make a major speech on it next week.”  “So, you won’t tell us how you will vote?” “So what is your next question?”)

This kind of verbiage is so ingrained in us that we don’t even think about the words we speak.  The phrase “y’know” used to be one of those vocal fillers that everyone said all the time. It has been supplanted by “like”—to such an extent that some people cannot speak without saying it, and they don’t even know they are saying it.  One of my friends many years ago spoke so many likes in her sentences that she drove others in our conversations to distraction.  “I was, like, going to the, like, concert, and I, like, bought the, like, tickets, and, like, I had to give them away, because, like, I was bummed out, like, to learn that I, like, had a doctor’s appointment the same day.”  When another friend confronted her about it, she said adamantly, “I never say ‘like.’”  The point is that we say many things we don’t even know we are saying, and some of those things are to give us a moment to think.

So the word so is cropping up all over the place, even in formal and distinguished broadcast journalism, and certainly in much informal conversation.  It no longer is being used as it once was, to link a sentence to the previous sentence or phrase in some meaningful way, as in: “I had a terrible toothache.  So I went to see my dentist.” Now the so no longer refers to something previous.  It is a way of indicating a new beginning of thoughts:  “So, Mary, I have a question for you.” “So, Julia, what is your question?”

Another of these verbal blank space fillers has been around since I was a wee tyke:  “I mean.” Now, that phrase (another parenthesis: look at that word “now”!) usually comes after someone says something that needs a bit of interpretation or clarification:

“I’m happy to go to that lecture.  I mean, he’s a great speaker and I am happy to hear him again.”  But for more than a half century that phrase pops up when the speaker has said nothing before it that needed to be clarified.

“Tom, where did all your money go?”

Like “y’know” and “well” and “so” and “like” and other such mindless and meaningless syllables, “I mean” gives the speaker a second to come up with something intelligent, even if what follows is ridiculous.

Writing is another thing.  When we write we usually have time to consider our words before we put pen (or pencil) to paper or our fingers to the keys.  And we usually have time to revise as we go along, or later on when we are proofing our text. No need for vapid and empty syllables.  And no excuse for them, either. No need to say “He was born in the city of Chicago.” Chicago is a city; no need to call it that. The phrase “the city of” is empty and wasted.  But I digress. The point here is that people often say empty things, not realizing how empty they are. Some of these have the function of allowing them a short moment to prepare to talk.  We are seeing the rise and spread of so.  I can hardly wait to see what’s next.