Policy Change is the Only Way to Prevent Bullying 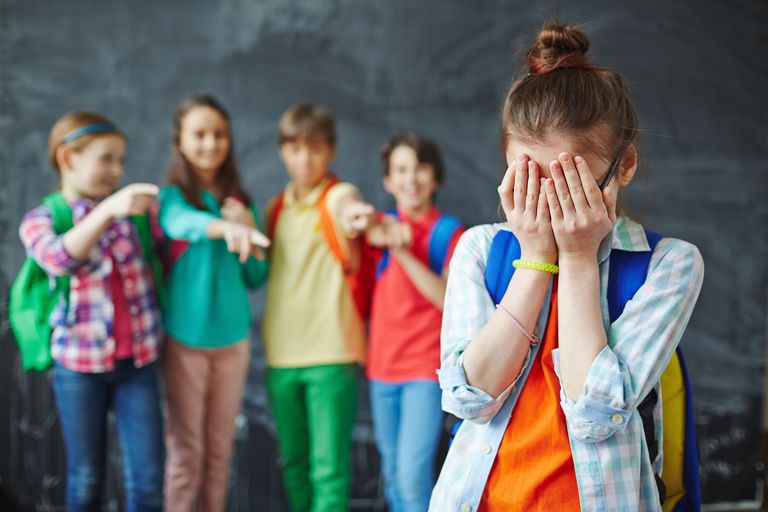 Spinning the clock back to 2013, a year that marks a pivotal point in my long journey of combatting depression, I had run. And, running up the back stairwell, I slammed through the entrance of the Day Middle School library. Within the time of inhaling some of the dust by the periodicals to finally squatting behind the Botany section, reality crashed back into focus. I looked up, and the clock on the dented nail only showed a two minute time lapse, but it felt like an eternity had passed. But, the reality here is: I had ran, tears dampening my white t-shirt, hands crushed into fists in front of my body, which was shaking with an intensity only associated with cornered prey right before being killed. I clutched my head tightly, still hearing the classroom door that always banged twice whenever it was flung open. It was flight or fight. I chose flight- to fly away and to cower. Completely and surely, vulnerable, eyes staring, flashing like lightning on my eyelids. But from that moment, you do not think ahead, you do not see the consequences of running out in the middle of class. You just think about running- and an escape. Escaping the smug, curving smiles and the pounding of drums against my skull. I ran out. I refused to turn back around to see their stares and hear taunt after taunt. Their taunts might have sounded like ‘teasing,’ but to me they were like bullets I couldn’t dodge. In those moments, I had no idea how to react, but I reacted wrong- wrong for me, because it only solidified for them their power over me. I refused to look back, even for a second, because, out in the open, I was prey. Prey usually seek out a place to hide, they desperately dive into a place they deem safe. The smell of old books and new books, the quiet murmurs of staff and students and the inviting shelves, represent safety to me. The library was like a bomb shelter, protection against the storm, something no one had control over. That library stood to protect, a sentry against the masses. This incident is a form of bullying.

Bullying or bullies can be defined by Google, as people who “seek to harm, intimidate, or coerce (someone perceived as vulnerable). To my bullies, I must have come across as vulnerable. I must have appeared weak, a non threat. They must have seen that, so they attacked.

Unfortunately, this kind of incident happens more than anyone desires to believe. But, the time for change is now, as has been said by many who advocate for change, for any cause that they believe needs the public’s attention.

Nationally, “28% of U.S. students in grades 6–12 [have] experienced bullying; 70.6% of young people say they have seen bullying in their schools. 41% witness bullying once a week or more.” (Desert Sun). These statistics were reported as of August 2018. Bullying is happening. Bullying exists whether it’s visible or not. Generally speaking, people like to believe that bullying is not really a concern, that it is not a legitimate issue. But, interpreted correctly, these statistics claim otherwise. It supports my claim that bullying is indeed widespread. And it is deserving of the public’s concern. Bullying may not be as controversial as climate change or world hunger, but it should still be cause for concern, because it still claims lives, especially in middle schools.

Anie Graham was a former student of Lewiston Middle School. She was reported by the Portland Press as being “friendly and bubbly” ; she was just a thirteen-year-old girl. And this girl had died by suicide in May of 2017. She was a victim of bullying. Both during and after school, she was verbally and cyberbullied. According to her father, professional help was sought but efforts were all for naught, that young girl was not able to be saved.

Aaron Fuller was also thirteen years old, and a former student of Lake Middle School in Northwood. He also was a victim of bullying. As reported by The Blade, a newspaper for Toledo, Ohio news, this young child was bullied by reason of his clothes and financial status. He still fought back, but in the end, during January of this year, lost his battle.

Stephanie Johnson was even younger, placing her at age twelve when she committed suicide. She attended Middle school in the Milaca School District. Her premature death was simply due to classmates her age, who repeatedly told her “to go kill herself.” (Johnson, ABC5).

Written in the Knoxville News Sentinel: “Go kill yourself’ is popular teen expression. Is bullying culture unavoidable?” It highlights that because this phrase is used in such a cavalier way by kids, perhaps, they don’t know what this phrase actually means and how it truly affects kids. Stephanie Johnson was told this phrase repeatedly by her classmates, but were they aware? Did they actually mean what they were saying? Was Stephanie Johnson’s death their intended result?

Logan Davidson was fourteen years old, a former student at Fairfield Middle school. He also “loved school,” but everyday, his own classmates made it feel like a nightmare. Though unconfirmed, one might be able to conclude that verbal bullying had occurred as he defended his friends who were picked on as well. He died on March 5, 2017, just two years prior (Lake, WCPO 9).

These kids were driven so far to the edge that they felt that they had no other choice. Which prompts the question: where were the teachers, the principals, the superintendents? Why was help not given when it was so clearly needed? Each report told of different school policies but why were not able to save these children?

For the Fairfield City School District, the Fairfield City School District spokeswoman Gina Gentry-Fletcher claims that their Positive Behavior Interventions and Support programs foster a “positive environment,” for their students, but the families of the victims (some not introduced into the paper) counter with this: if it aimed to create this kind of environment, why are students, like Logan Davidson, dying?

In Queen Anne’s County Public Schools, there is the TXT2STOP application that allows students to send reports of bullying anonymously. Founded by Alvin Butler, the application is used specifically by Centreville Middle School. Seeing the merit in this idea, providing help, in theory, when a quick response is needed. Additionally, there are reports of a “large decrease” in bullying reports. But the real issue here is: just because reports are not being told of, does not mean that bullying does not happen. And even when there is an increase in reports, it might not completely count all the reports that go unnoticed, the incidents that go unreported because someone chose not to (Papst, Fox45news).

Yet, there is also this point, supported by Jeffrey Montpetit, an attorney: “Policies are worthless unless you’re willing to follow them.” (Lake, ABC5) In Minneapolis Milaca schools, policies include that bullying is not tolerated and any kind of incidents must be told to an adult. In theory, these policies have a good purpose- it lets kids and parents know that there should not be any type of behavior that resembles bullying and if it happens, to tell an adult. But as Montpetit so eloquently states it, this idea would only work when actually put into practice- if the aim is actually believed by the kids it is taught to. The policies are merely ideas until actually done, until kids are willing to follow and adults are willing and able to diligently carry out said policies.

And though enough time has passed for us to be able to see its effectiveness, transferring schools is now an option for Florida students (Carter, WLRN). Its establishment of the Hope Scholarship, which allows bullying victims to have that choice, is presently a solution that Florida believes is the next course of action to deal with bullying. By donating “up to $105,” of a new car tax, the funding for students’ choices to leave is on the rise. However, specific desired results are not completely clear.

Generally, creators of this fund see it as a way to solve bullying by distancing kids from their bullies, but, what I see, is just a way for kids to run away from their problems. Running away is never the answer. And here, running away is just sending kids off to another school- providing a hypothetical escape, but it does not provide a solution to bullying. Yes, it might just help these victims, but does it really do anything for bullying? There is nothing to be said about this fund that in any way provides a solution to prevent or stop bullying, so: what does it really do?

I know what it’s like to be scared. I was actually scared that people might really harm me. I know what it’s like to feel weak and powerless, as those victims must have felt when they were being (verbally) attacked. But, I held back and resisted any thoughts of suicide, not because of any kind of program that my middle school had in place. No, not because of them; because if the school could have helped my incident and those of the schools like Fairfield, Lewiston, etc., several more cases would never have happened in the first place.

But the solution cannot be solved with just a click on an app. There are programs out there currently, but there just is not enough substantial evidence to provide a conclusion that those programs are effective. A few new programs created here and there are not enough to stop bullying; they can’t save the lives of children everywhere.

Bullying, especially verbal bullying, is real, and if you choose to ignore its existence, more reports of cases like Anie Graham and Logan Davidson might just grow and grow, until it becomes too much to handle.